Leveling Up as a Leader: Shift Frustration into Momentum 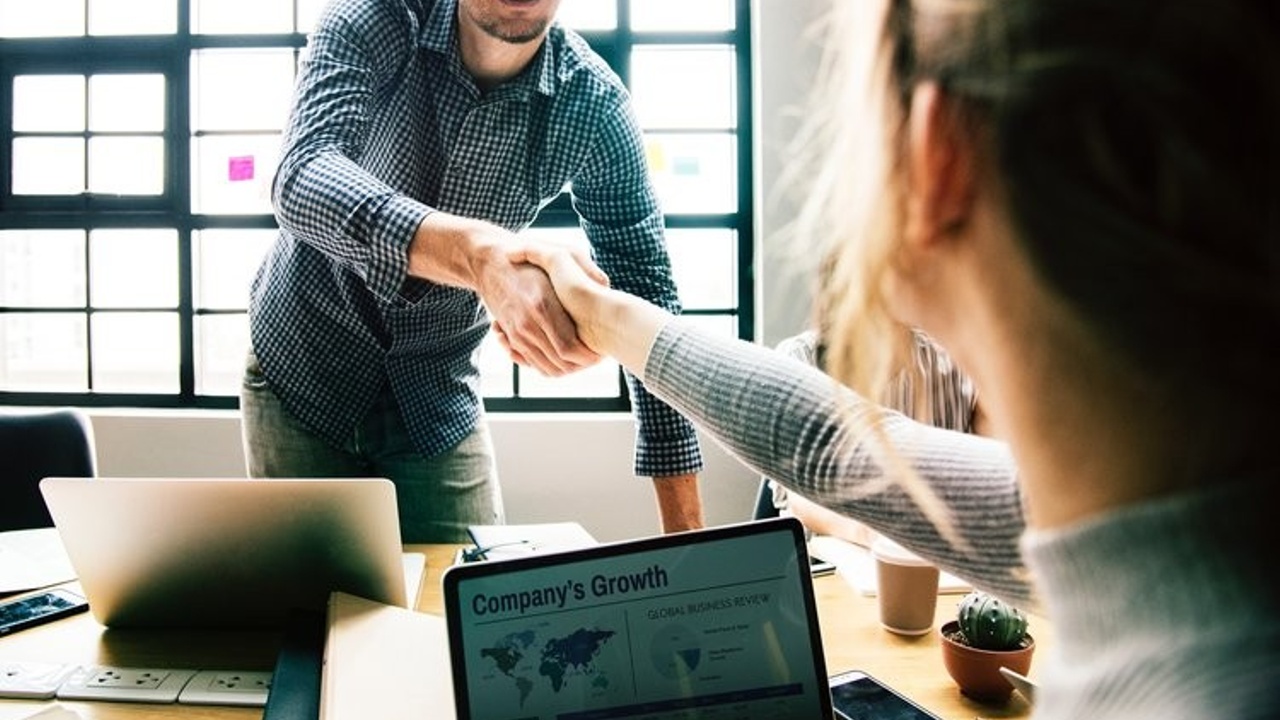 Growing a company is hard and every leader eventually hits a ceiling. It can be deeply frustrating when there are no apparent solutions and it feels like things will never change. And yet, discovering what’s underlying your frustrations may be the very key you need to break through that ceiling and level up as a leader.

Bob, a client of mine, is the founder of a successful growth start-up. When I started working with him, Bob was six years in and struggling to “let go of the vine” so that he could resume the visionary role in his company. He knew that in order for his company to get to the next level, he had to stop micromanaging. Conceptu 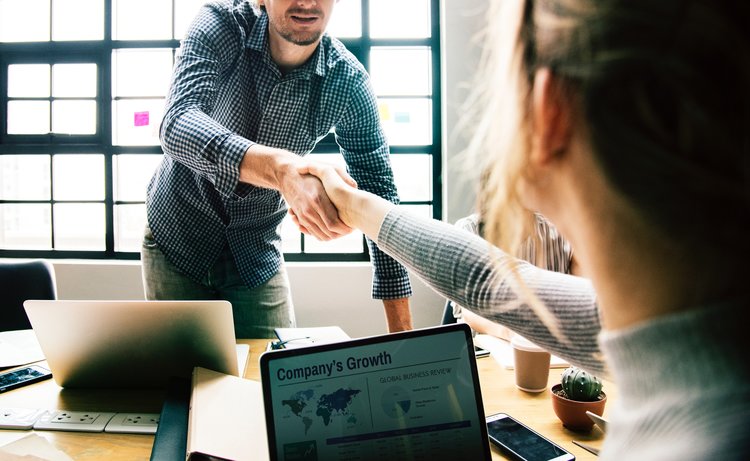 ally, this made sense to Bob, but in practice he didn’t know how to release control.

At first, he tried disconnecting entirely from the daily operations. However, whenever there would be a high level meeting to review the month’s numbers, Bob found himself blowing up at his team when he saw they weren’t hitting all their targets. He felt the cost of their blunders so deeply that his immediate reaction was anger. For his team, the anger only made it harder to reach their potential.

The problem was clear. Bob’s anger was causing damage and only hindering the results he sought. He understood that for the greater long-term good of his company it was necessary to allow his team space to make their own mistakes and learn from them; but, he didn’t know how to do that.

This is where the benefit of outside perspective comes into play. A concept I talk about often with my Scaling Within clients is the importance of growing in self-awareness so that they can learn to act from intention rather than reaction.

If you’re not aware of what’s happening on the inside you will always react out of your emotions, and that can be costly when you’re leading a business. Alternatively, when you become aware of what you are feeling, you invite logic and reason into your situation. And the result is invaluable to your leadership; it unlocks your ability to chart a new course and ultimately break through your ceiling.

At Scaling Within, I often refer to this process as “looking under the hood.” Anytime you experience anger (or frustration or annoyance) there is always a more primary emotion underlying that feeling, like feeling misunderstood, betrayed, trapped or scared. We typically feel anger first because it's less vulnerable than the more primary emotion beneath it. Feeling angry is like having the check engine light flash on your dashboard. It’s a signal to you that it’s time to look under the hood, though most cover the flashing light with duct tape and continue driving. Discovering which primary emotion is under the hood of your anger or frustration is an integral key to moving forward so you can level up as a leader.

For Bob, anger was only a secondary emotion. I asked him if he could identify which feeling was underlying the anger he felt when his team didn’t hit their targets. After thinking about it for a moment, he replied, “It’s fear.”

You see, Bob was self-made. Raised by humble midwestern farmers, he was a visionary who had carved out his own path and built something, and something very successful at that, quite literally from nothing. Bob suddenly realized that, beneath his anger, he was afraid that if he didn’t control his company tightly enough his dream of changing the world through his business would slip through his fingers. His desire to pass on a legacy and give his future children the opportunities and experiences he never had growing up would come to nothing.

It was an epiphany for Bob to realize this. He now understood the intensity of his reactions during team meetings. His reaction wasn’t based on the actual data his team presented, but out of the fear of what another month of missed targets might mean in the long run.

This awareness alone was game-changing for Bob, but identifying his underlying emotion was only the first step. The next step was to address his fear and reframe it. I told Bob, “Fear has held you up, but your stock isn’t in what you’ve already built. If the whole thing crumbled tomorrow, you’d be okay. You have a wealth-making mind. Your stock is in your ability to take what you’re given and create something from nothing, to move things forward, to adapt, to leverage relationships, to pioneer something great. If this thing ever falls apart, you will only go on to do something greater. It’s who you are. You can’t not.” It was true.

This realization freed Bob up to begin letting go of control and allowed his team to learn through their own mistakes. It gave him the inner peace to begin to truly let go of the vine and return to his role as a visionary. And only months later, Bob’s team is now hitting their highest numbers to date.

When you’re the head of a company, it’s often lonely at the top. Understanding what’s happening under the hood in the place you feel most stuck is often the very thing needed to break through to the next level, but it can be quite difficult to figure that out alone. Sometimes you need outside perspective to help you do this. That is the benefit of having a skilled outsider help you look at and reframe what you’re going through.

I’m here to help you identify the ceiling you’ve hit in your current thinking, to help you rise above and think higher. As a leader, you continually need to pause and gain perspective, refine your capacity, and keep moving forward. My clients use our sessions as a place to process-relational issues at home, client or employee drama, overcome anxiety, or reconnect to their core vision so they can effectively level up. 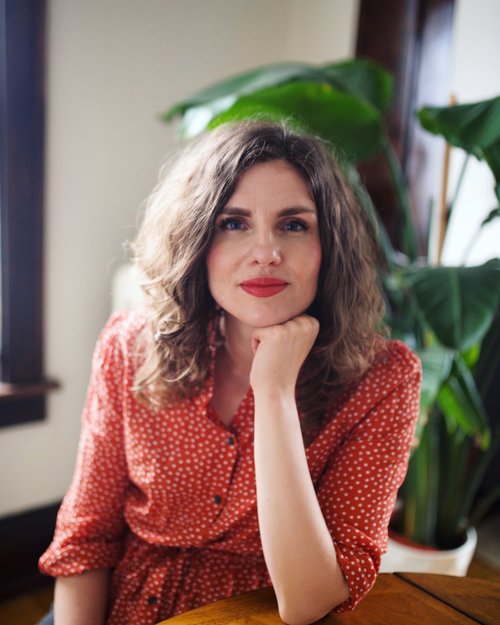 I am Meredith Kathleen Neumann. I work with entrepreneurs and business leaders to help them identify and overcome internal barriers and limiting mindsets so they can graduate to the next level of leadership. I call this work Scaling Within, and it’s basically a hybrid between executive coaching and counseling. In my past work as a Licensed Therapist, I specialized in understanding the neurology of complex trauma. This background helps me identify my clients’ limiting beliefs quickly, enabling them to level up both professionally and personally.

Additionally, I do speaking and team trainings for companies where I teach a simple framework from neurobiology that helps individuals grow in self-awareness so that they have the practical tools needed to scale within as they scale up their businesses.

If you are interested in learning more about individual consulting sessions at Scaling Within or bringing Scaling Within to your company or team, don’t hesitate to reach out.

You can find out more information on my website scalingwithin.com or email me directly at: [email protected]