The Fable of the Bridge 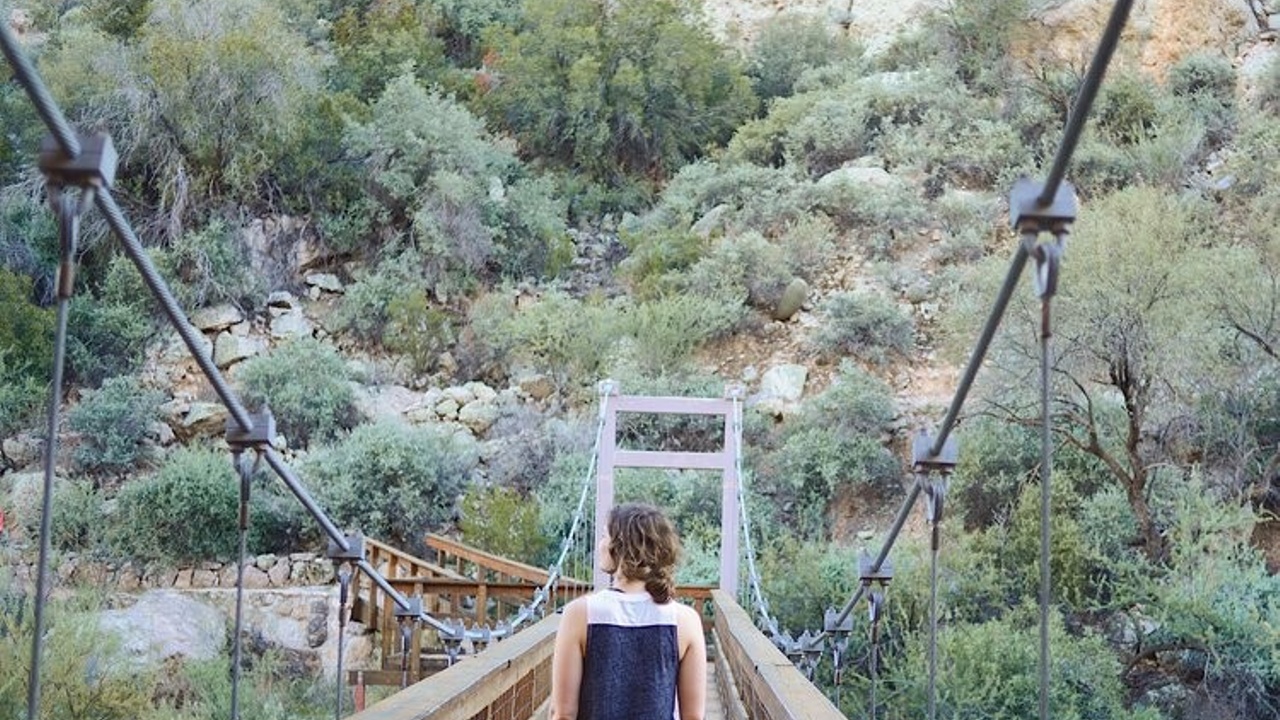 Although being overly-responsible for the needs of others can often appear like "the right thing to do," it typically results in not only holding back those we are trying to help (by keeping them from taking responsibility for their own growth); but more importantly, it keeps us from moving forward ourselves. Are you being held back in any areas of life because you are over-tending to the needs of others? If you have never before read ‘The Bridge’ from Friedman’s Fables, then I HIGHLY RECOMMEND reading this classic short story below. And remember, you are responsible for your own path and no one else’s! 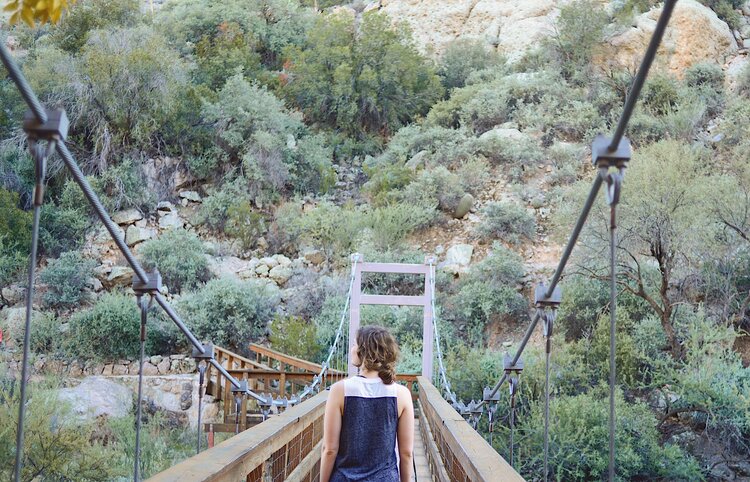 THE BRIDGE BY EDWIN FRIEDMAN

There was a man who had given much thought to what he wanted from life. He had experienced many moods and trials. He had experimented with different ways of living, and he had had his share of both success and failure. At last, he began to see clearly where he wanted to go.

Eager to arrive, he started on his journey. With each step, he wanted to move faster; with each thought about his goal, his heartbeat quicker; with each vision of what lay ahead, he found renewed vigor. Strength that had left him since his early youth returned, and desires, all kinds of desires, reawakened from their long-dormant positions.

Hurrying along, he came upon a bridge that crossed through the middle of a town. It had been built high above a river in order to protect it from the floods of spring. He started across. Then he noticed someone coming from the opposite direction. As they moved closer, it seemed as though the other were coming to greet him. He could see clearly, however, that he did not know this other, who was dressed similarly except for something tied around his waist.

When they were within hailing distance, he could see that what the other had about his waist was a rope. It was wrapped around him many times and probably, if extended, would reach a length of 30 feet.

The other began to uncurl the rope, and, just as they were coming close, the stranger said, “Pardon me, would you be so kind as to hold the end a moment?” Surprised by this politely phrased but curious request, he agreed without a thought, reached out, and took it.

“Thank you,” said the other, who then added, “two hands now, and remember, hold tight.” Whereupon, the other jumped off the bridge.

Quickly, the free-falling body hurtled the distance of the rope’s length, and from the bridge the man abruptly felt the pull. Instinctively, he held tight and was almost dragged over the side. He managed to brace himself against the edge, however, and after having caught his breath, looked down at the other dangling, close to oblivion.

“What are you trying to do?” he yelled.

“Just hold tight,” said the other.

“This is ridiculous,” the man thought and began trying to haul the other in. He could not get the leverage, however. It was as though the weight of the other person and the length of the rope had been carefully calculated in advance so that together they created a counterweight just beyond his strength to bring the other back to safety.

“Why did you do this?” the man called out.

“But I cannot pull you up,” the man cried.

“I am your responsibility,” said the other.

“If you let go, I am lost,” repeated the other.

He began to look around for help. But there was no one. How long would he have to wait? Why did this happen to befall him now, just as he was on the verge of true success? He examined the side, searching for a place to tie the rope. Some protrusion, perhaps, or maybe a hole in the boards. But the railing was unusually uniform in shape; there were no spaces between the boards. There was no way to get rid of this newfound burden, even temporarily.

“What do you want?” he asked the other hanging below.

“Just your help,” the other answered.

“How can I help? I cannot pull you in, and there is no place to tie the rope so that I can go and find someone to help me help you.”

“I know that. Just hang on; that will be enough. Tie the rope around your waist; it will be easier.”

Fearing that his arms could not hold out much longer, he tied the rope around his waist. “Why did you do this?” he asked again.

“Don’t you see what you have done? What possible purpose could you have had in mind?”

“Just remember,” said the other, “my life is in your hands.”

What should he do? “If I let go, all my life I will know that I let this other die. If I stay, I risk losing my momentum toward my own long-sought-after salvation. Either way, this will haunt me forever.” With ironic humor he thought to die himself, instantly, to jump off the bridge while still holding on. “That would teach this fool.” But he wanted to live and to live life fully. “What a choice I have to make; how shall I ever decide?”

As time went by, still no one came. The critical moment of decision was drawing near. To show his commitment to his own goals, he would have to continue on his journey now. It was already almost too late to arrive in time. But what a terrible choice to have to make.

A new thought occurred to him. While he could not pull this other up solely by his own efforts, if the other would shorten the rope from his end by curling it around his waist again and again, together they could do it. Actually, the other could do it by himself, so long as he, standing on the bridge, kept it still and steady.

“Now listen,” he shouted down. “I think I know how to save you.” And he explained his plan.

“You mean you won’t help? But I told you I cannot pull you up myself, and I don’t think I can hang on much longer either.”

“You must try,” the other shouted back in tears. “If you fail, I die.”

The point of decision arrived. What should he do? “My life or this other’s?” And then a new idea. A revelation. So new, in fact, it seemed heretical, so alien was it to his traditional way of thinking.

“What do you mean?” the other asked, afraid.

“I mean, simply, it’s up to you. You decide which way this ends. I will become the counterweight. You do the pulling and bring yourself up. I will even tug a little from here.” He began unwinding the rope from around his waist and braced himself anew against the side.

“You cannot mean what you say,” the other shrieked. “You would not be so selfish. I am your responsibility. What could be so important that you would let someone die? Do not do this to me.”

He waited a moment. There was no change in the tension of the rope.

“I accept your choice,” he said, at last, and freed his hands.